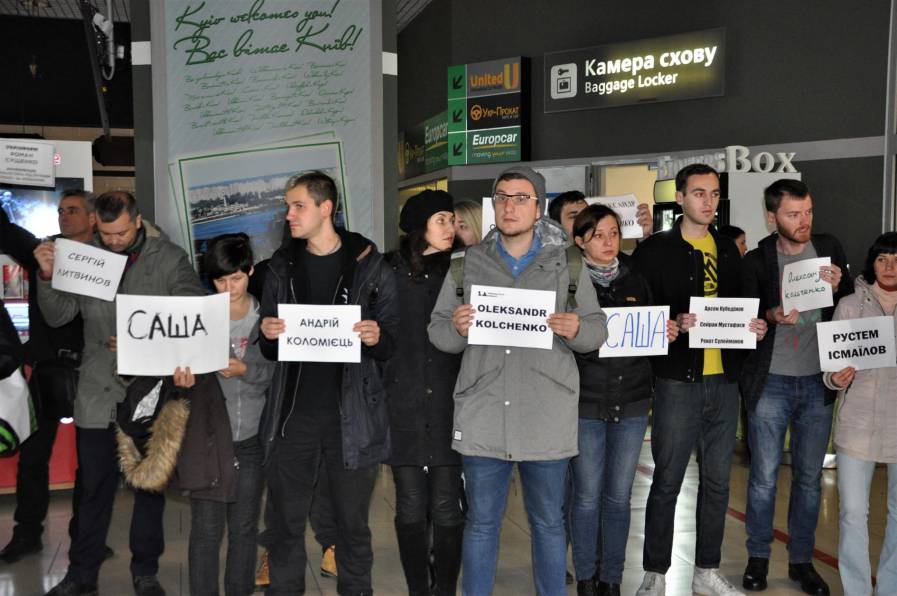 The Kremlin’s Ukrainian political prisoners were waited for in vain at countless airports throughout the world on November 26.  Activists held vigil at airports in Kyiv, Odesa, Prague, Warsaw, Vienna, Toronto, San Francisco and other cities with signs to show that they were waiting for Oleksandr Kolchenko and other political prisoners held in Russia and Russian-occupied Crimea.  The action was planned to mark Sasha Kolchenko’s 28th birthday, his fourth in Russian captivity since he, Ukrainian filmmaker Oleg Sentsov and two other opponents of Russia’s annexation of their native Crimea were arrested.

There were some variations on the ‘Waiting in Vain’ theme for the action with one man in Prague, for example, holding a sign reading: ‘Transfer to the Hague”, with the name underneath Russian President Vladimir Putin.  There are multiple grounds for wishing to see Putin held to answer before the International Criminal Court at the Hague.  They include, though are not confined to Russia’s flagrant rights abuses in occupied Crimea and the ever-mounting number of Ukrainians it is holding prisoner on politically motivated charges.

There are now well over 60 known prisoners, held on spurious charges, and the number has risen alarmingly over recent months.

It is unfortunately likely that the list below, even if complete now (which is by no means certain), is unlikely to remain so for long.

Information about each case can be found by pressing on the hyperlinks (once opened, see also previous articles on the right-hand side).  Russia is actively blocking efforts to monitor human rights abuse in Crimea, is increasingly targeting civic activists and has now turned to concocted criminal charges, clearly aimed at discrediting respected Crimean Tatars and the Mejlis [representative assembly]. It is also imprisoning Ukrainians thousands of kilometres from their homes, in breach of the European Convention.  The prisoners all need our support, both in the form of letters to them, and in acting as advocates to politicians, the media, calling for greater pressure, via sanctions and other levers, on Russia to secure their release.

The prisoners whose homecoming is awaited 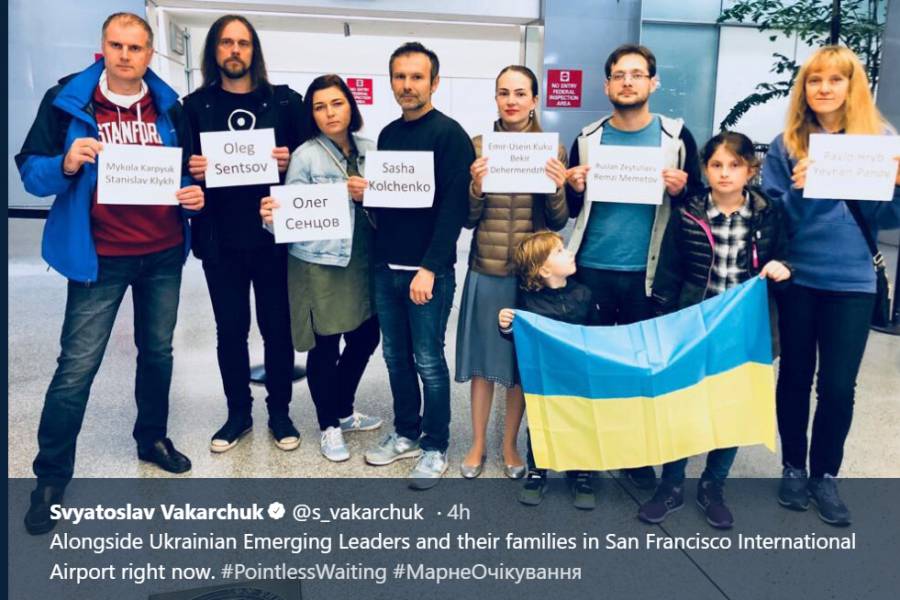 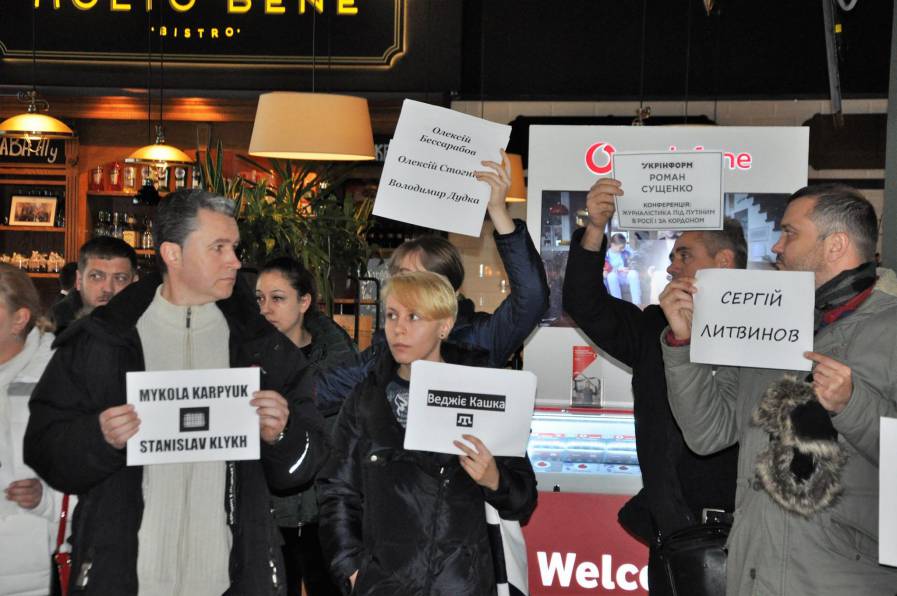